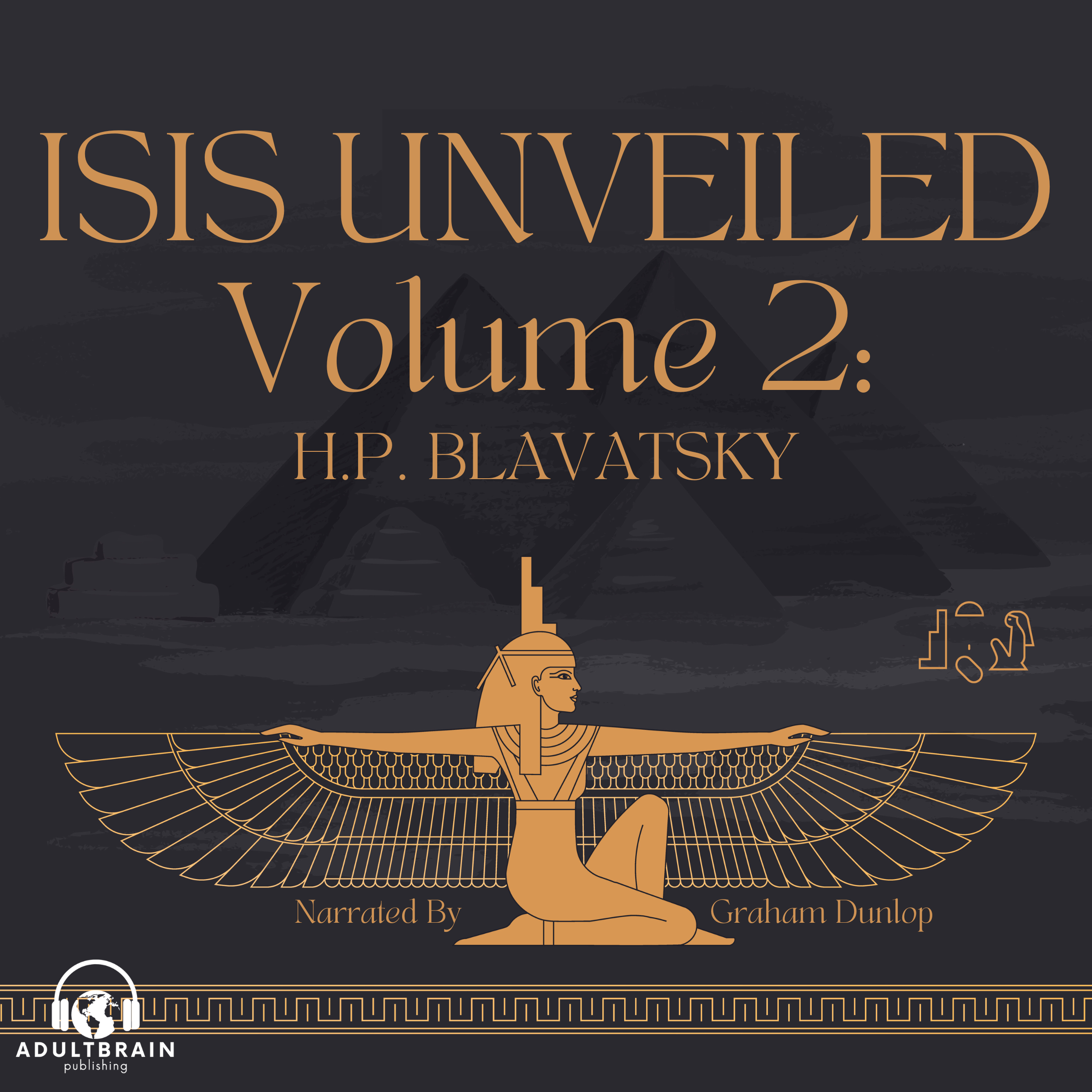 ISIS Unveiled Volume 2. Although named after the Egyptian goddess Isis – a figure widely associated with magic and nature – this book’s scope ranges far beyond Ancient Egypt. The author examines the ancient spiritual pantheons of the East, with chapters on Buddhism and Hinduism. These ancient beliefs are strongly believed to hold much value by the author, who discusses the essential truths about the nature of reality, consciousness, and the place of humanity on Earth.

Over 540,000 words long, this lengthy and eclectic treatise is considered to be one of the greatest ever produced in the field of esotericism. Alluding to wisdom from cultures all around the world, Isis Unveiled is a deeply detailed book invigorated by the passion of its author to prove that truths were known by the ancients that humans remains ignorant of to the present day. The truths which Blavatsky seeks to demonstrate span a wide domain; provinces of the spiritual, scientific, occult, religious, and theological are delved into for answers.

With this book, Helena Blavatsky introduced what she termed the “wisdom-religion” to the world, a creed in which ancient documents and knowledge are valued as the purest source of spiritual knowledge. Her own researches in the subject are vast and yielded results that are staggering for their breadth. Replete topics covered in this work include life after death, magical and psychic phenomena, sorcery, black magic, the origin of the Christian faith, and Eastern figures such as Gautama Buddha.

The work, however, has not been without its detractors; many have accused Isis Unveiled of plagiarism, noting the similarity of large tracts with writings of other occultists. The sheer length and eclecticism of the book, and subsequent changes in the ideas attached to certain ancient phenomena, led to confusion among interested followers of Blavatsky’s writings: Some contested that the original concepts had been contradicted.