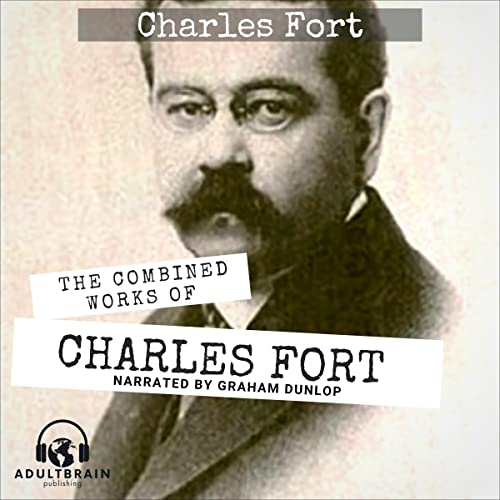 The Combined Works of Charles Fort

“Did beings from outer space visit earth in the past…and are the various objects seen in the sky evidences of their visits?

What is the explanation of falls of frogs, falls of fishes, and falls of seagulls, which have been recorded from time to time?

How can we account for all the inexplicable astronomical observations that have been made in the past?

How can we answer reports of strange animals, disappearances of men from open sight, curious structures in the snow, talents like teleportation and telekinesis?”

These are the “damned,” by which the late Charles Ford meant all the wide range of mysteries that are ignored by orthodox science or explained away improperly.

He worked for 27 years at the British Museum and the New York Public Library gathering material on phenomena from the borderlands between science and fantasy. His research appeared in four books: The Book of the Damned, New Lands, Lo!, and Wild Talents.

While Charles Ford never actually explained the phenomena, beyond making vague hints of an organic universe and neo-Hegelianism, through the years his following has grown. At first his work was picked up by literary men such as Theodore Dreiser, Booth Tarkington, Clarence Darrow, Havelock Ellis, and Oliver Wendell Holmes. Later, “Fortean themes” influenced the development of science fiction, and today his work remains the great predecessor to all extraterrestrial speculations.