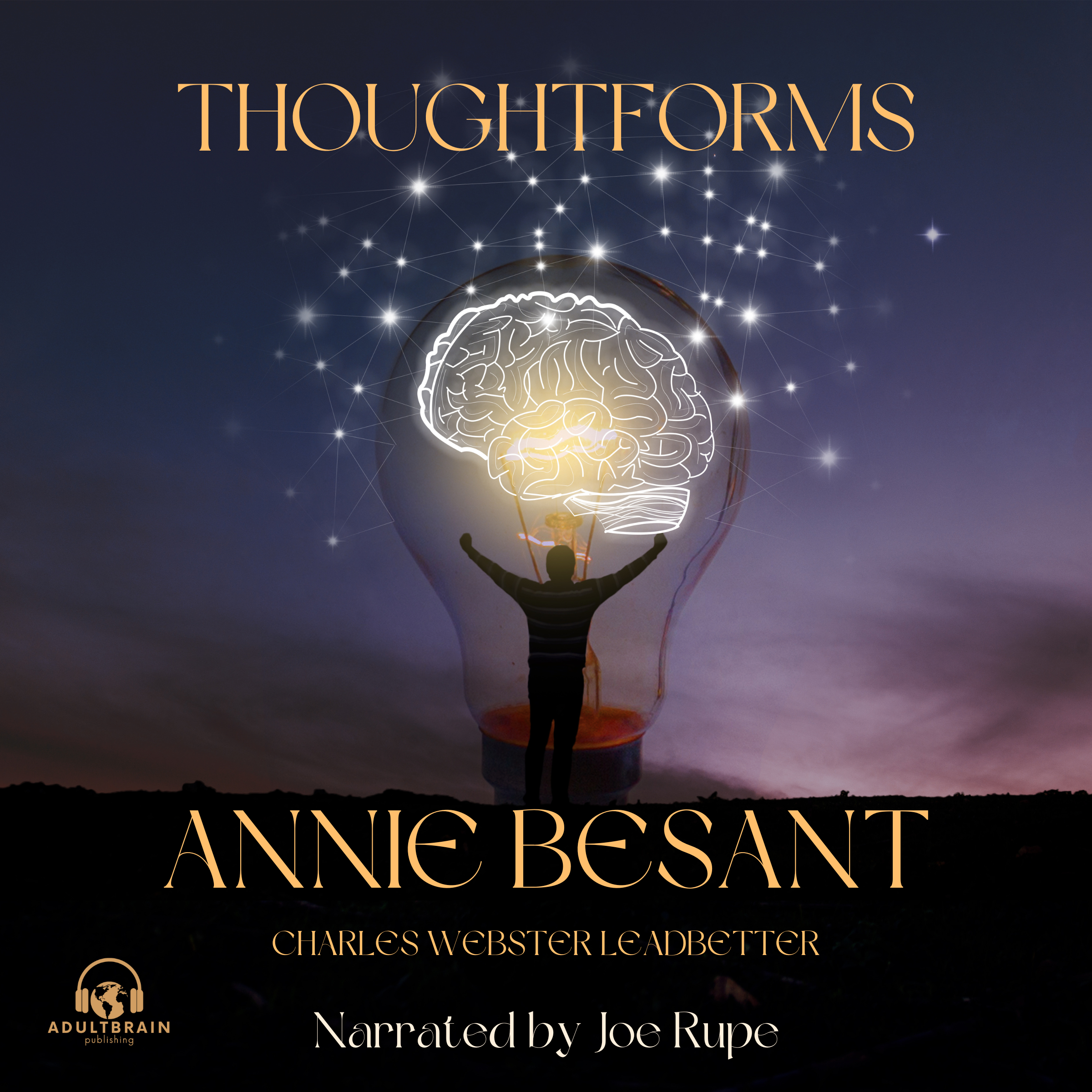 Narrating by the magical Joe Rupe!

What do ideas look like? This clairvoyant view of the shape, color, and atmospheric effect of mental energy includes black-and-white drawings and color plates to convey a graphic representation of the power of thought.

Prominent Theosophists Annie Besant and C. W. Leadbeater were pioneers in asserting that thoughts are, indeed, things. Originally released in 1901, Thought-Forms is a seminal work on what thoughts “look” like. It had an impact far beyond the circle of its primary readers and greatly influenced leading artists such as Piet Mondrian and Wassily Kandinsky.

Simple in style and clearly written, Thought-Forms is a classic of the theosophical tradition that has as much to say in our own day as it did a century ago. It lucidly sets forth a way to conceive of the invisible realms within and around us, with implications both for how we view the world and how we act in it.

Discussion includes the meaning of color, thought forms built by music, and the nature of helpful thoughts. Based on the authors’ clairvoyant vision, its illustrations suggest the form thoughts take in relation, for instance, to anger, fear, intellect, sympathy, devotion, and a meditative state. Annie Besant herself describes the book’s purpose as being to “serve as a striking moral lesson to every reader, making him realize the nature and power of his thoughts, acting as a stimulus to the noble and a curb to the base. With this belief and hope we send it on its way”.