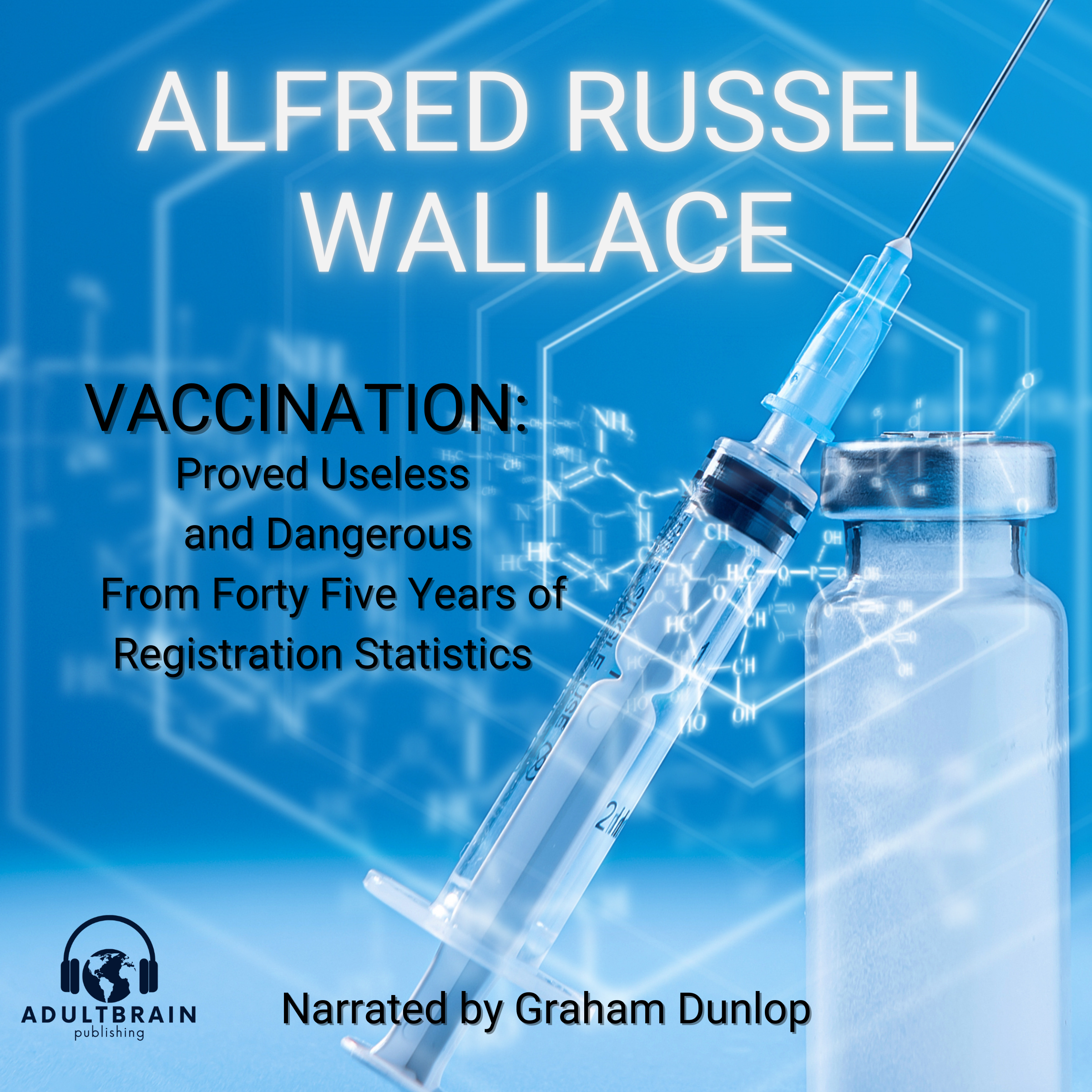 This early work by Alfred Russel Wallace was originally published in 1893, and we are now republishing it. “Forty-five Years of Registration Statistics, Proving vaccination to be both Useless and Dangerous” is a letter in which Wallace outlines his reasons for being concerned about the use of vaccinations.

Alfred Russel Wallace was born on the 8th of January, 1823, in the village of Llanbadoc, in Monmouthshire, Wales. Wallace was inspired by the travelling naturalists of the day, and decided to begin his exploration career by collecting specimens in the Amazon rainforest. He explored the Rio Negra for four years, making notes on the peoples and languages he encountered, as well as the geography, flora, and fauna. While travelling, Wallace refined his thoughts about evolution, and in 1858, he outlined his theory of natural selection in an article he sent to Charles Darwin.

Wallace made a huge contribution to the natural sciences, and he will continue to be remembered as one of the key figures in the development of evolutionary theory.

(i.)—That Small-pox has not decreased so

much or so steadily as Typhus and allied fevers.

(2.)—That the diminution of Small-pox

mortality coincides with a diminished, instead

of an increased efficiency of official vaccination.

(3.)—That one of the most severe epidemics

of Small-pox on record, within the period of

accurate statistics, occurred after 33 years of

We, therefore, solemnly urge upon you

the immediate repeal of the iniquitous

penal laws by which you have forced upon

us a dangerous and useless operation an

operation which has admittedly caused many

deaths, which is probably the cause of

GREATER MORTALITY THAN SMALL-POX ITSELF,

BUT WHICH CANNOT BE PROVED TO HAVE EVER