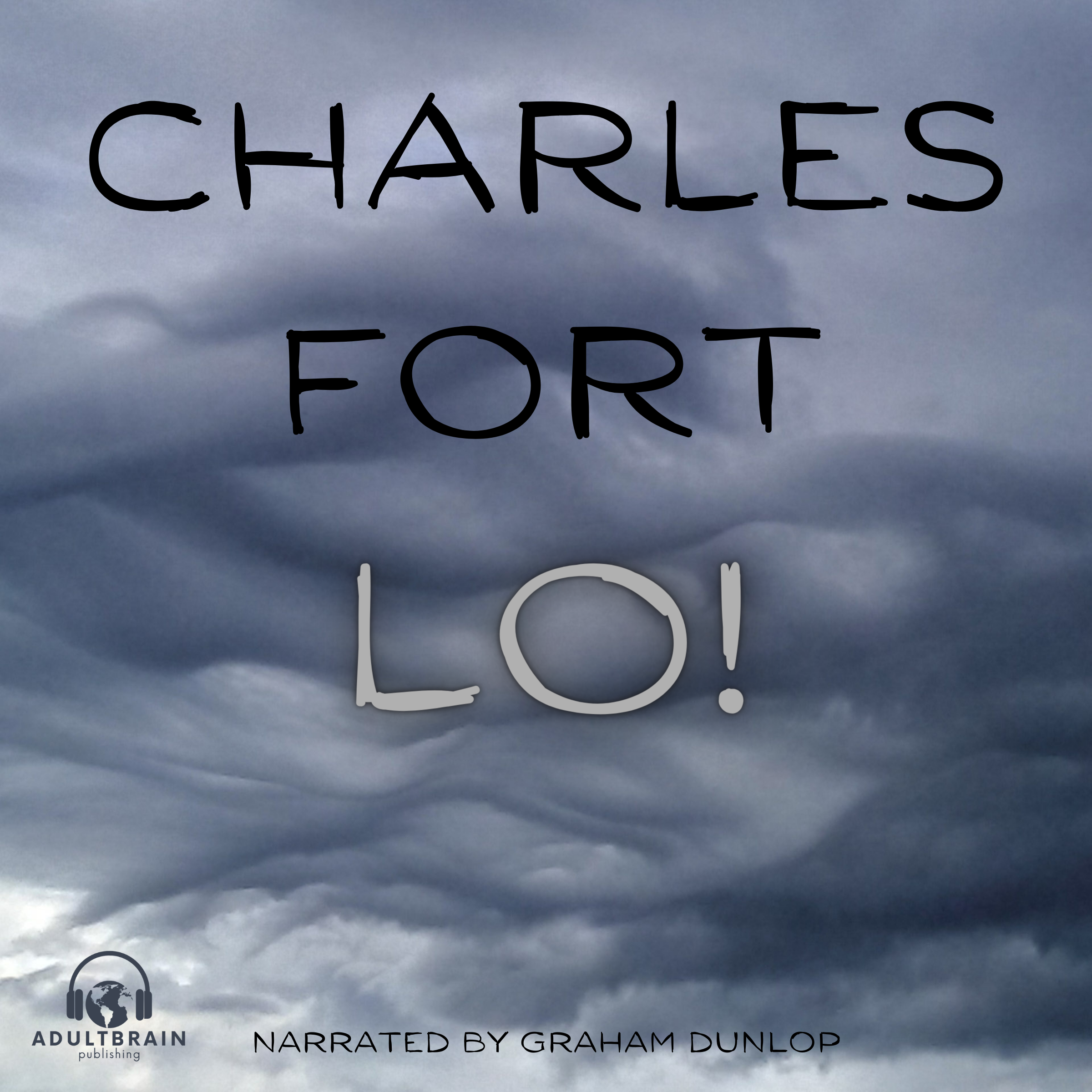 Lo! Welcome to the worlds of Charles Fort, chronicler of the odd, the weird, the strange, the unexpected, and the inexplicable. In words at times as beautiful as anything ever written in English, Fort reveals the marvels of an age, questions the nature of what we think we know for certain, and provides the listener with leads on how not to be fooled by shaggy-dog stories.

Here you’ll find rains of the unexpected, fish, snakes, and other items from the “super Sargasso sea” of the unexplained that circles the Earth. Here are accounts of UFOs, accounts of odd animals seen at sea or on land, mysterious attacks by what appear to have been animals, mysterious appearances of things, and people in places they could not be.

All of this Fortean wonder is prefaced by a magnificent new introductory essay by Jack Womack, winner of the Philip K. Dick Award and lifetime Fortean.

We hear much of the conflict between science and religion, but our conflict is with both of these. Science and religion always have agreed in opposing and suppressing the various witchcrafts. Now that religion is inglorious, one of the most fantastic of transferences of worships is that of glorifying science, as a beneficent being. It is the attributing of all that is of development, or of possible betterment to science. But no scientist has ever upheld a new idea, without bringing upon himself abuse from other scientists. Science has done its utmost to prevent whatever Science has done.