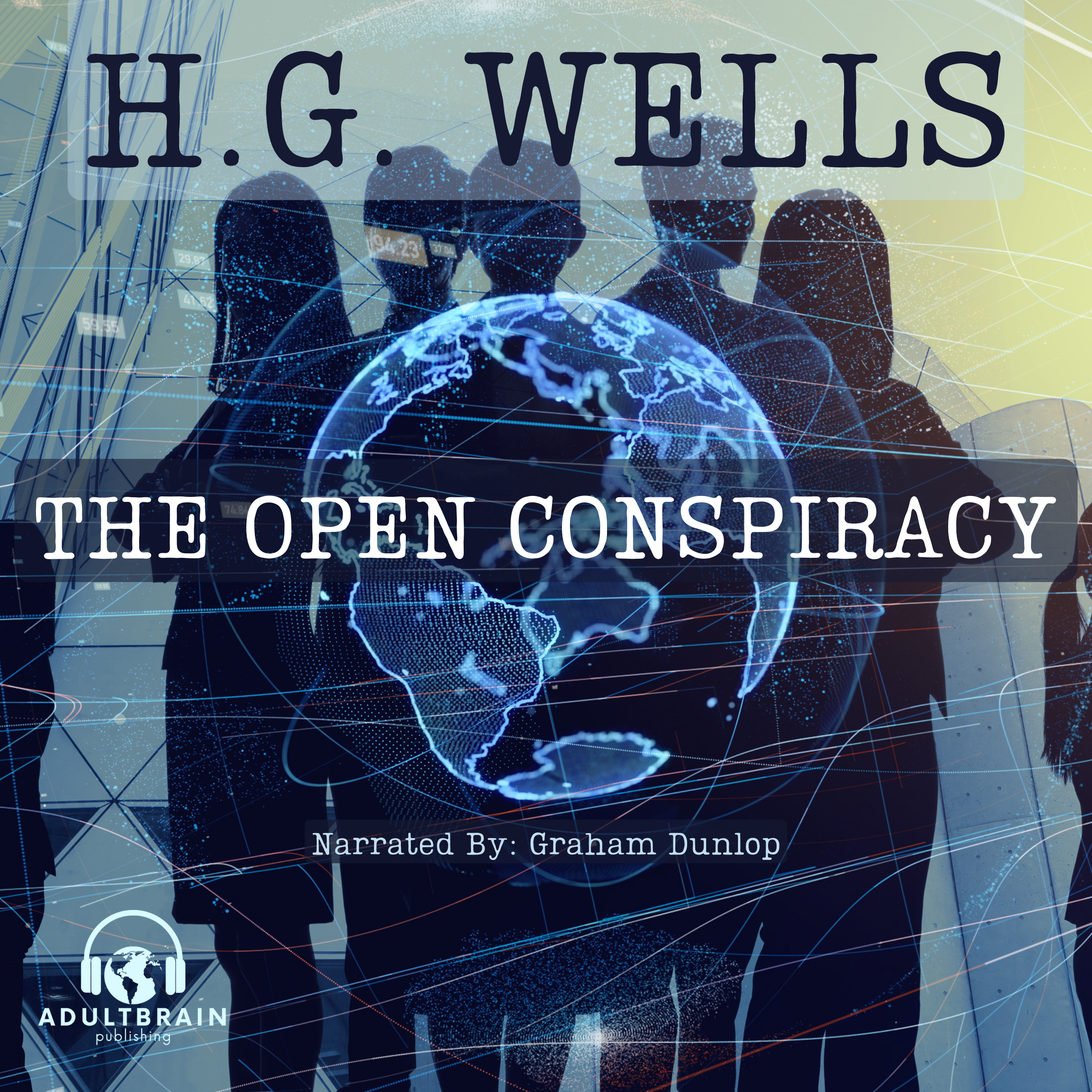 The Open Conspiracy was Wells’ “blue print for a world revolution”. He regarded this audiobook as his finished statement on the way the world ought to be ordered. He possibly underestimated, or ignored, the fact that it is often in the interest of subsets of the human race to act against other subsets. Moreover, the emphasis on religion seems odd, from a rationalist.

Introduction: H. G. Wells (1866-1946) entirely by chance, came across an application form to study under T. H. Huxley. After his education in London, and writing a biology textbook, he became a prolific writer of fiction, first gaining widespread fame with The Time Machine in 1895. He wrote humorous novels based on his own life (The Wheels of Chance, Kipps), and in 1900, published Anticipations of the Reaction of Mechanical and Scientific Progress on Human Life and Thought, based on lectures at the Royal Institution, where Faraday and others had lectured.

I – THE PRESENT CRISIS IN HUMAN AFFAIRS

II – THE IDEA OF THE OPEN CONSPIRACY

III – WE HAVE TO CLEAR AND CLEAN UP OUR MINDS

IV – THE REVOLUTION IN EDUCATION

V – RELIGION IN THE NEW WORLD

VII – WHAT MANKIND HAS TO DO

X – THE OPEN CONSPIRACY IS NOT TO BE THOUGHT OF AS A SINGLE ORGANIZATION, IT IS A CONCEPTION OF LIFE OUT OF WHICH EFFORTS, ORGANIZATIONS, AND NEW ORIENTATIONS WILL ARISE

XI – FORCES AND RESISTANCES IN THE GREAT MODERN COMMUNITIES NOW PREVALENT, WHICH ARE ANTAGONISTIC TO THE OPEN CONSPIRACY. THE WAR WITH TRADITION

XIII – RESISTANCES AND ANTAGONISTIC FORCES IN OUR CONSCIOUS AND UNCONSCIOUS SELVES

XIV – THE OPEN CONSPIRACY BEGINS AS A MOVEMENT OF DISCUSSION, EXPLANATION, AND PROPAGANDA

XVI – EXISTING AND DEVELOPING MOVEMENTS WHICH ARE CONTRIBUTORY TO THE OPEN CONSPIRACY AND WHICH MUST DEVELOP A COMMON CONSCIOUSNESS. THE PARABLE OF PROVINDER ISLAND

XVII – THE CREATIVE HOME, SOCIAL GROUP, AND SCHOOL, THE PRESENT WASTE OF IDEALISTIC WILL

XVIII – PROGRESSIVE DEVELOPMENT OF THE ACTIVITIES OF THE OPEN CONSPIRACY INTO A WORLD CONTROL AND COMMONWEAL, THE HAZARDS OF THE ATTEMPT