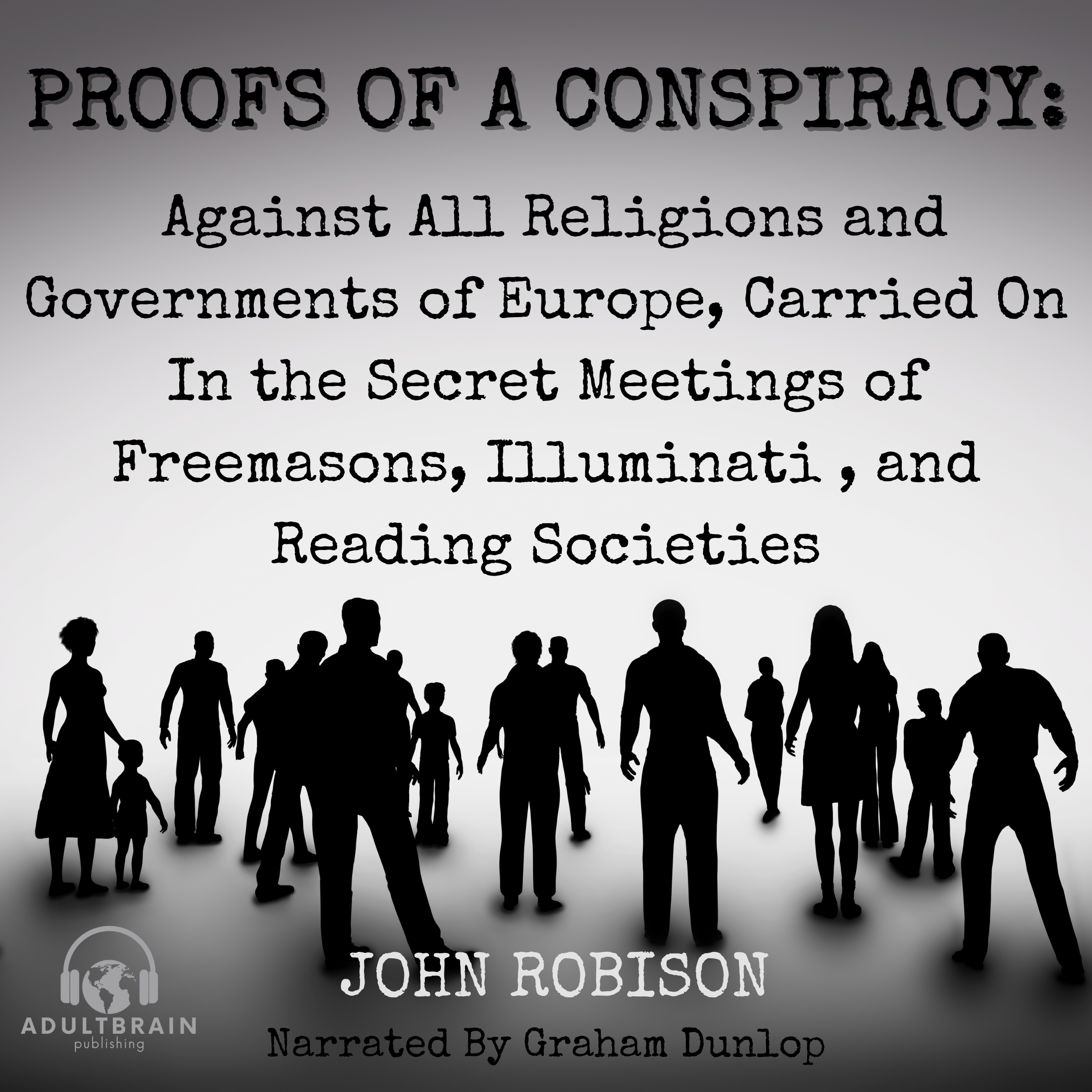 Proofs of a Conspiracy: Against All The Religions and Governments Of Europe, Carried On In The Secret Meetings of Freemasons, Illuminati, and Reading Societies. Proofs of a Conspiracy was written by John Robison, a Scottish professor, to warn Britain and other kingdoms that the forces that toppled the French monarchy and started The Terror were still active. In his book, Robison traced the story of the 1776 founding of the Bavarian Illuminati by Adam Weishaupt, a professor at Ingolstadt, and the suppression of the order by the royal and church authorities of Bavaria in 1785. The Illuminists went underground all over Europe and used existing Masonic lodges or set up their own as a cover for their activities. In Paris, the Duc d’Orleans headed the Illuminist front called the Grand Orient Lodge, his base to conspire against the ruling House of Bourbon. The English and Scottish lodges were generally apolitical, many worked actively to keep out Illuminists as insincere applicants, but Robison maintained that some continental lodges remained hotbeds of revolutionary plotting, and were therefore dangerous, at the time he wrote.

Robison was a contemporary and collaborator with James Watt (with whom he worked on an early steam car), contributor to the 1797 Britannica, professor of philosophy at the University of Edinburgh, and inventor of the siren. Although Robison was very much an advocate of science and rationalism, he became an ardent monarchist later in life due to his disillusionment with the French Revolution. In Proofs of a Conspiracy, Robison laid the groundwork for modern conspiracy theorists by implicating the Bavarian Illuminati as responsible for the excesses of the French Revolution. The Bavarian Illuminati had an inner core of true believers, who secretly held radical anti-monarchist and possibly proto-feminist views, at that time considered beyond the pale. They recruited by infiltrating the numerous Freemasonic groups which were active at the time on the continent. Today, the Illuminati have today become a byword for a secret society that hoodwinks its junior members and puppet-masters society.