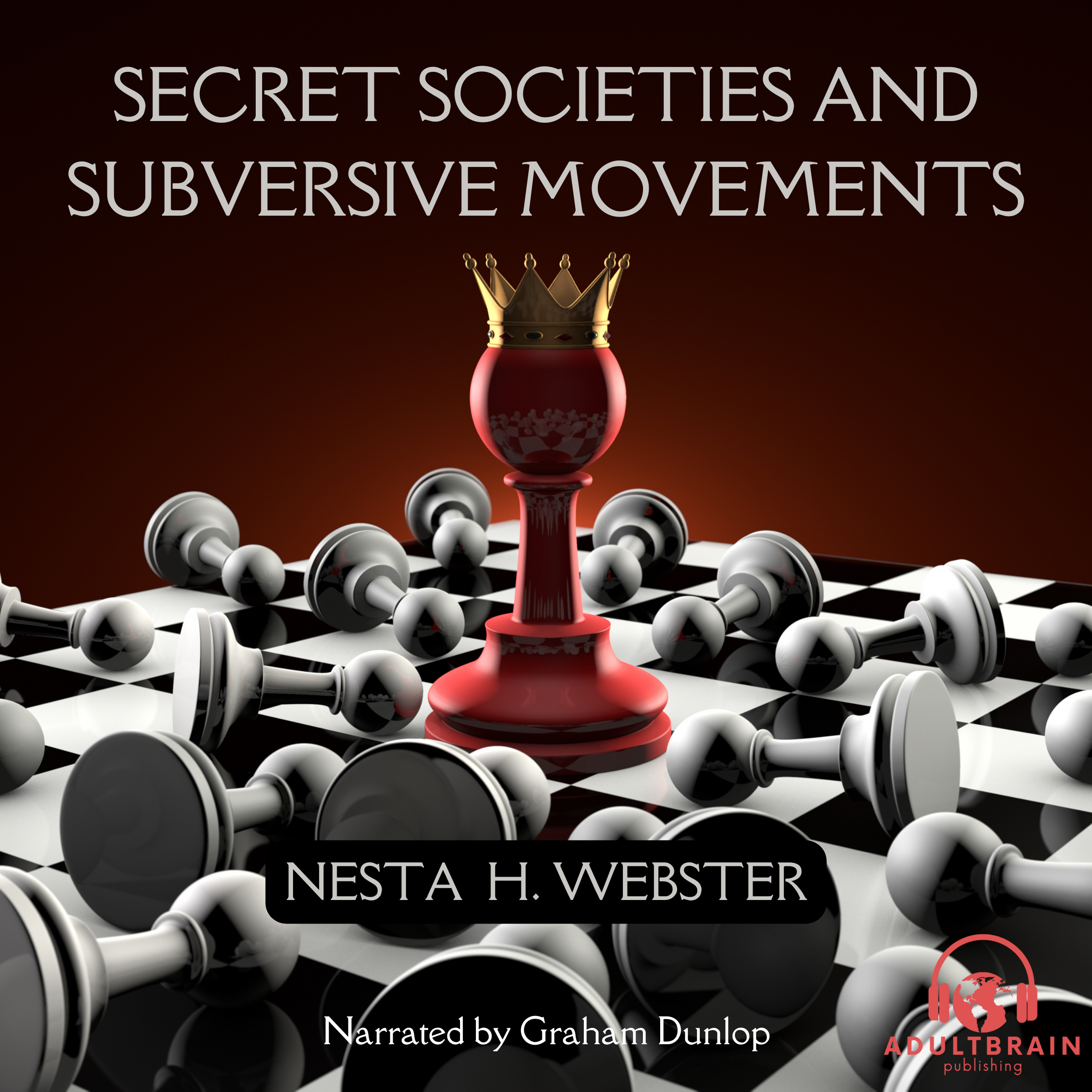 Secret Societies and Subversive Movements – “There is in Italy a power which we seldom mention in this House… I mean the secret societies…. It is useless to deny, because it is impossible to conceal, that a great part of Europe-the whole of Italy and France and a great portion of Germany, to say nothing of other countries-is covered with a network of those secret societies, just as the superficies of the earth is now being covered with railroads. And what are their objects? They do not attempt to conceal them. They do not want constitutional government: they do not want ameliorated institutions… they want to change the tenure of land, to drive out the present owners of the soil and to put an end to ecclesiastical establishments.

Some of them may go further…”

Nesta Helen Webster (24 August 1876 – 16 May 1960) was a controversial historian, occultist, and author who revived conspiracy theories about the Illuminati. She argued that the secret society s members were occultists, plotting communist world domination, using the idea of a Jewish cabal, the Masons and Jesuits as a smokescreen.

According to her, their international subversion included the French Revolution, 1848 Revolution, the First World War, the Bolshevik Revolution of 1917. In 1920, Webster was one of the contributing authors who wrote the The Jewish Peril, a series of articles in the London Morning Post, centered on the Protocols of the Elders of Zion. These articles were subsequently compiled and published in the same year, in book form under the title of the The Cause of World Unrest. She was cited respectfully by Winston Churchill, “This movement among the Jews…as Mrs. Webster, has so ably shown, [played] a definitely recognizable part in the tragedy of the French Revolution.”

Webster claimed that the authenticity of the Protocols of the Elders of Zion was an open question. Her position on that, in 1924, “Contrary to the assertions of certain writers, I never affirmed my belief in the authenticity of the Protocols, but have always treated it as an entirely open question.” She also believed she was a countess in a previous life, who was guillotined by French revolutionaries. At one time she was a member of the British Union of Fascists.

I. THE ANCIENT SECRET TRADITION

II. THE REVOLT AGAINST ISLAM

V. THE ORIGINS OF FREEMASONRY

I. JEWISH EVIDENCE ON THE TALMUD

II. THE “PROTOCOLS” OF THE ELDERS OF ZION